2018 First year that ENGL461 was offered, to complement the existing ENGL460. Both courses became 4-unit seminars in this year.


2017 Year that the Fuerza Award in Spoken Word was established, to showcase oral, audio, and multimodal texts.


2015 Year that Toyon became a multilingual journal. The Multilingual Award was established with volume 62, released this year. The journal also established the website and began offering content online.​
​ 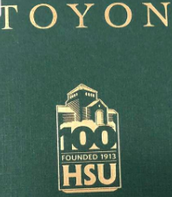 2014 Toyon celebrated its fiftieth year during the centennial celebration of Humboldt State University.

​
2013 The Raymond Carver Short Story class (ENGL 470) ends, as does the contest. The fiction contest is no longer part of the Toyon publication. This is also the year that HSU celebrated its 100th anniversary.
​​ 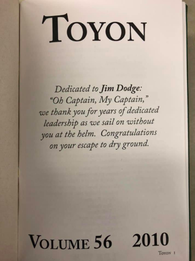 2010 The only volume of Toyon to be dedicated to an individual is released. The edition was dedicated to Professor Jim Dodge for his many years of work on the publication and dedication to his students. 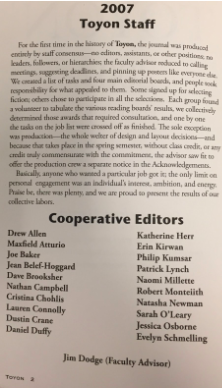 Editorial statement. Toyon, Vol. 53, Humboldt State University, 2007
2007 The 2007 issue (vol. 53) celebrates the student-led production of the Toyon we know and love today.  In the editorial statement, the masthead of twenty-one students enrolled in the class share with Toyon readers that their plan for Vol. 53 was to reduce any position that would generate hierarchical setbacks.  The production of a literary magazine requires a great deal of collaboration and communication between departments.  Because there are separate departments, the class wanted to ensure that miscommunication was something they could avoid overall by creating a “list of tasks and four main editorial boards, and people took responsibility for what appealed to them.”  Despite the breakdown of genres, each student had the opportunity to contribute their concerns and opinions during the production of Vol. 53. The faculty advisor for that year only took on the responsibility of ensuring deadlines were met, calling meetings and posting flyers.

For some, taking the Toyon class might be the first time ever being exposed to the publishing industry.  The norm within the publishing industry is that the masthead is divided into departments that solely focus only on their specified tasks.  The masthead for Toyon changes every year.  It is from my knowledge as a current member of the 2018 masthead, that each year we aspire to do something special for each issue.  The special something from the 2007 issue was the masthead’s ability to produce a beautiful and complete issue of Toyon while challenging the conventions associated with publishing. 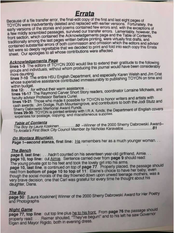 2000 Not every printing has gone perfectly according to plan. In the 2000 edition of the journal, an insert that described the printing errors called an erratum was glued to the inside cover of each copy. ​